If you purchased your tickets to DaBaby concert on VISA, VISA Debit, Mastercard, or American Express, a full refund will be automatically applied to that same card within the next 5 to 10 business days.

If you purchased your tickets to DaBaby concert in person at the Box Office with Debit or with Cash, you must come in person to the Sudbury Community Arena at 240 Elgin Street, Sudbury to receive a full refund. The original tickets for the show must be presented to receive the refund.

Box Office Hours of operations are Monday to Friday (excluding holidays) 9:00am to 4:30pm.

Please note, refunds will be provided to the original purchaser only.

Presale for VIP, Front Row Platinum, and Aisle Seats are on sale from Wednesday, March 9 at 10am to Thursday, March 10 at 10pm

After four years away, Russell Peters returns to his home and native land with his Act Your Age World Tour.
After sold-out shows in Chicago, New York, DC, Cairo, Amman, Abu Dhabi and Dubai, Russell is bringing his new act back to Canada with shows from Victoria to St. John’s, ending at Toronto’s Scotiabank Arena on July 28th.
Russell Peters has been awarded a Gemini, Peabody, Emmy and Canadian Screen Award. He was also the first comedian to have a comedy special on Netflix.

Russell Peters was recently named as one of Rolling Stone’s 50 Best Comics of All Time. He started doing stand-up at the age of nineteen at open mics in his native Toronto, and spent the next fifteen years honing his craft at clubs across Canada and the UK. In 2004, Peters gained critical and global recognition for his CTV “Comedy Now!” special and soon became the first comedian to sell-out Toronto’s Air Canada Centre in 2007.
Peters went on to set attendance records at venues from Madison Square Garden to The Sydney Opera House to London’s O2 Arena – where he broke the UK attendance record for highest number of tickets sold for an individual comedy show.
Peters resides in Las Vegas and Los Angeles. When not on tour he spends every day with his nine-year-old daughter, Crystianna and newborn son, Russell Santiago. He has a blue belt with three stripes in Jiu Jitsu and is an ardent DJ and hip-hop junkie who tries to get on the turntables for at least

The Price is Right Live!

Get Ready to Yodel!

The Price Is Right Live™ is the hit interactive stage show that gives eligible individuals the chance to hear their names called and "Come On Down" to win.  Prizes may include appliances, vacations and possibly a new car!  Play classic games just like on television's longest running and most popular game show…from Plinko™ to Cliffhangers™  to The Big Wheel™ and even the fabulous Showcase.

Playing to near sold-out audiences for more than 14 years, the Price Is Right Live™ has entertained millions of guests and given away more than 12 million dollars in cash and prizes. 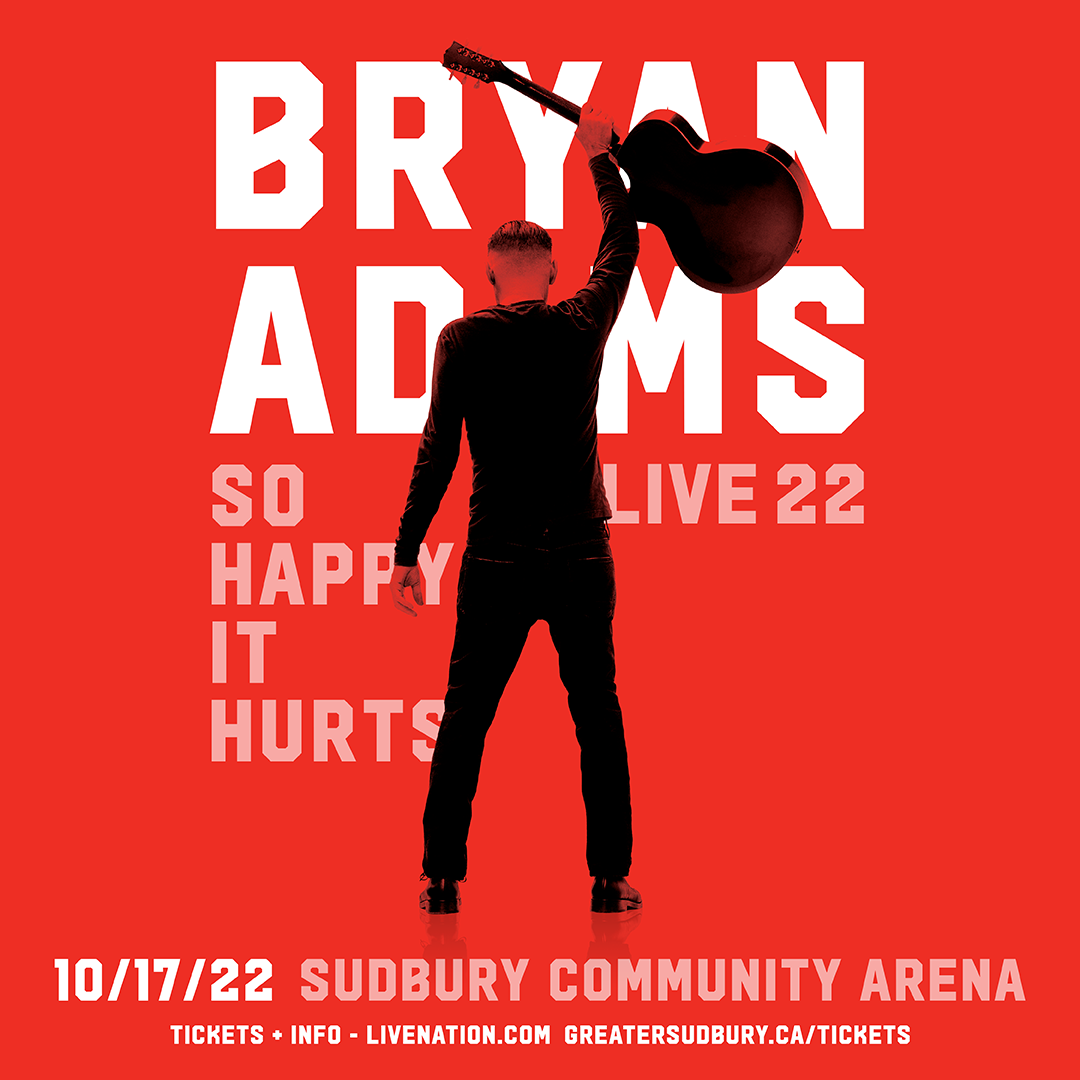 Platinum selling and Grammy Award winning musician Bryan Adams returns to Canada for a colossal coast-to-coast Canadian tour, in support of his 15th studio album, released in March 2022, aptly titled So Happy It Hurts.
Widely considered one of the most iconic rock musicians in the world, Bryan Adams has countless accolades and awards including three Academy Award nominations, five Golden Globe nominations and a Grammy Award.
Bryan Adams is a Canadian singer / songwriter who continues to tour the world playing his music which has become a mainstay on rock radio.
Adams continues to tour somewhere in the world ten days every month intertwining arena concerts with special, intimate solo acoustic dates. His live concerts have established him as one of the world’s best rock singers of our time.

The Sudbury FIVE is the newest franchise in the National Basketball League of Canada (NBL Canada), a professional men’s basketball league.